Healing. I believe healing has been going on for many years though and hopefully Ground Zero has now been reached. Maybe possibly !

At the deepest level I think we are experiencing a reunion of the masculine and feminine and anima and animus under the froth but WTF it is baffling. That’s how I’m experiencing it. Who’s that girl ? Going backwards in time I believe. Maybe it’s just as baffling for the feminine as well or anima and animus which seems to be part of gay relationships. 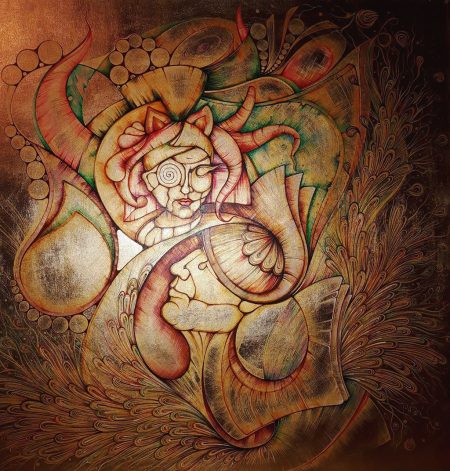 Real time ceased in 70 C.E. with the fall of the temple at Jerusalem. It began again in 1974 C.E. The intervening period was a perfect spurious interpolation aping the creation of the Mind.’

It was Kate Moss’ birthday on Sunday : 4/8. Right-purdy. Croydon girl made good.

‘And the heart which is now alone.’ She is everywhere.

‘The changing information which we experience as world is an unfolding narrative. It tells about the death of a woman. This woman, who died long ago, was one of the primordial twins. She was half of the divine syzygy. The purpose of the narrative is the recollection of her and of her death. The Mind does not wish to forget her. Thus the ratiocination of the Brain consists of a permanent record of her existence, and, if read, will be understood this way. All the information processed by the Brain — experienced by us as the arranging and rearranging of physical objects — is an attempt at this preservation of her; stones and rocks and sticks and amoebae are traces of her. The record of her existence and passing is ordered onto the meanest level of reality by the suffering Mind which is now alone.’

Deeper down. I believe our primary relationship is with God aka Love and our reality is a false mirror of the male imaginary judgmental God that the ‘ego’ mind has created and hence we see what we see and experience what we experience. A wish to be divided from God but it is the impossible dream. We can’t be separated from God.

That’s just the way it is. IMO.