Life is weird. As the world collapses I and maybe Us – not sure exactly how others are experiencing this – have been going on a nosedive into memory and deep into the heart of the matter and is difficult to reconcile when the outside world doesn’t match up to your personal experience. It’s like looking at a weird crackpot reality which I feel detached from and it is I believe. I think part of my memory feeds into a collective memory. It’s difficult to know what memories are true though. Are they real or imagination or symbolic or a form of metaphysical gaslighting ?

MJ and myself off Merovee have been looking at the various connections with the people we know and trying to make sense of extraordinary experiences and concepts which have shown up. It’s clear there is some sort of collective kaleidosocope and mirrors and degrees of separation with family and friends and people who have been connected with Merovee and out into the wider reality. There seems to be a macrocosm and microcosm aspect to it with the masculine and feminine. Is there a core or is it an in breath and out breath which goes on and on ? We Zoomed a while ago and I think for both of us it was great to see each other again and e-motional as well which I think is the way it should be. MJ asked a good question which was basically ‘If you knew what was coming, would you do it again ?’ in reference to the storm of what we went through together. You can probably expand this to Life in general. With the shitstorm of Life it maybe best not to know. Everyone wants to know their future until they do.

And recently the pic of young Frank in the garden spoke to MJ of the Garden . Again I think I’m remembering a collective memory as well as a personal memory. Which was when I was about three on a hot summer day I would run round the garden naked until one day Big Bro said I had to put my clothes on otherwise the police would come and take me to prison. That gives a totally wrong impression of my brother though. I am extraordinarily lucky with my brothers. If you are going to have brothers I couldn’t have picked two better brothers. The day guilt and original sin came into the mind.

And the Family. My family has an interesting history or at least to me and my brothers. Part of this includes a privileged history. My grandfather owned a big palatial mansion known as Carclew in Cornwall and then it burned down – see Rebecca book and movies. Again I think it fits in with the bigger picture and collective DNA memory. My grandfather has many mansions. Maybe. I’m becoming more and more convinced in reality it is my grandmother’s mansion.

Cellular memory with objects. Recently my brother sent me pics of Carclew before the fire from an old edition of Country Life. Going back deeper in time. 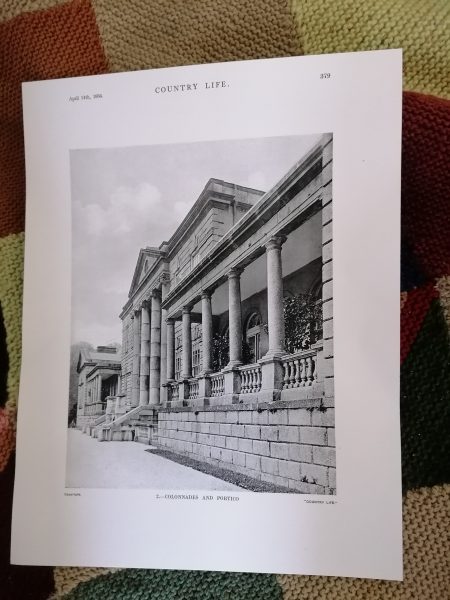 There was also another mansion with the Family which is Heligan in Cornwall and owned by my grandfather’s brother. Again it speaks to me of something deeper in the cellular memory. Parallel lines or two arrows of Time.

A garden sculpture at Heligan is a lady known as the Mud Maid. She is asleep. 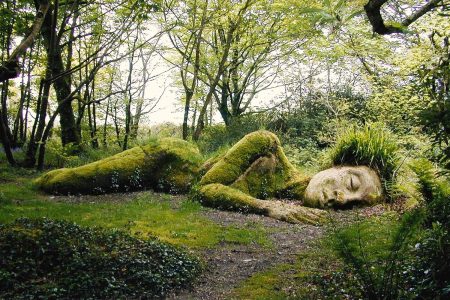