Ego death is not for the nervous. Actually it is for the nervous as deep fear is part of it. It’s a paradox. The Void is not a fun place. The way it’s being done is extraordinarily weird. Healing is not simply a matter of releasing ego beliefs and has a serious effect on reality which then has to be coped with even though it’s an illusion.

Another day, another journey. I’m aware the unexpected journeys may be of no interest to anyone apart from myself but the Universe for some reason wants me to write them down for history which is odd as where I end up seems to be about memory. The journeys have already happened. Maybe more than a few times. Birth to death and back again. And again and again for what seems like forever.

I don’t know the purpose of why I’m writing them down for posterity. I have found there is always a reason for what I do even though at the time it doesn’t make a lot of sense. All the places have powerful personal emotional triggers attached to them.

Believing is seeing or seeing is believing ?

Are you a human doing or a human being ?

The Beehive is the original terminal building at Gatwick Airport, England. Opened in 1936, it became obsolete in the 1950s as the airport expanded.In 2008, it was converted into serviced offices, operated by Orega, having served as the headquarters of franchised airline GB Airways for some years before that. It was the world’s first fully integrated airport building, and is considered a nationally and internationally important example of airport terminal design. The Beehive is a part of the City Place Gatwick office complex. The 20,000-square-foot (1,900 m2) former terminal building is on a 2-acre (0.81 ha) site. 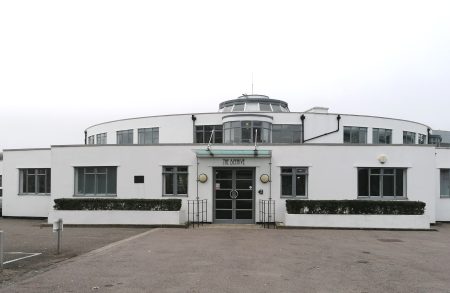