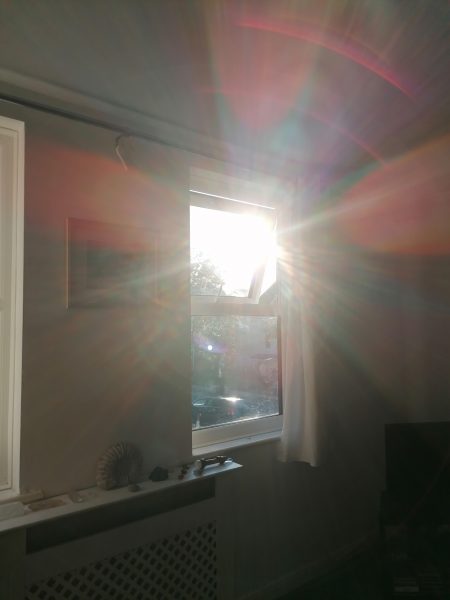 From a spiritual perspective the answer to me is clear. Essentially the illusory 3D reality is an attack on God and a wish to be separate from God and the answer lies in changing the mind. Guilt and fear and hate and death and disease and war etc are included in this. It’s a matter of going deep into the mind and heart to change the coding. What we see is purely a projection of the guilt mind.

That’s the theory ! In our reality it’s a bit more complicated even though that is the ultimate cure. As we go deep into the mind then the reality projects the deeper levels of the mind both the pleasant and the unpleasant and then we have to deal with the illusion as well as it shows itself which at times is totally bizarre.

Essentially the separated Ego Mind is Satanic or Saturnic. It’s enemy is God and and in a dualistic mind it looks for protection from God. I’m not sure but the ultimate enemy maybe The Goddess. Who and what is God ? At one level the mind fears the Devil but going deeper it looks to Satan as a saviour from God even though Satan doesn’t exist in reality. IMO.

Underlying it all and out of sight all our major institutions are Satanic. Banks, politics, religions, military, police, education, health, work etc are harvesters of spiritual energy for this mind. It is a mind so unbelievably nasty and full of hate at the core, it is beyond belief but we are all attached to it even though the conscious mind is totally unaware of it.

But in this world there seem to be projections of this mind that are consciously aware of the agenda and want to keep the game going. To be honest I’m not too sure exactly what they are. They seem to be semi physical holographic projections. Not real but real at the same time.

‘They Gave Us Their Mind’ but it is our mind and we can choose.

“We have a predator that came from the depths of the cosmos, and took over the rule of our lives. Human beings are its prisoners. The predator is our lord and master. It has rendered us docile; helpless. If we want to protest, it suppresses our protest. If we want to act independently, it demands that we don’t do so.

There is a balance with this sort of stuff that if you fight the Empire you can become the the Empire but it does need to be said.

9 thoughts on “The Satan Bug”