It’s the Swinging Sixties for Frank. One week it’s the Black Light from Jamaica and the next it’s the White Light. And in a few hours the emotions can swing from feelings of extreme love to extreme pain and all emotions in between in the blink of an eye.

The parable of the shoe laces.

Sometimes though bad news is sending you in the right direction. As an example which I believe can be expanded to include far bigger experiences, today I went to buy a a pair of trainers or sneakers in Shoe Zone and as I was buying them I remembered I needed some shoe laces and asked if Shoe Zone sold shoe laces and I was told No. And thought WTF to a shoe shop not selling shoe laces. Anyway the lady said ‘Try Wilkos’ so I went towards Wilkos. I never quite made it as I was side tracked by the Rock Lady selling her crystals.

Meeting Rock Lady has ended in me having to rejig my crystal display as on impulse I found myself buying a Tower and a stick made from gypsum. 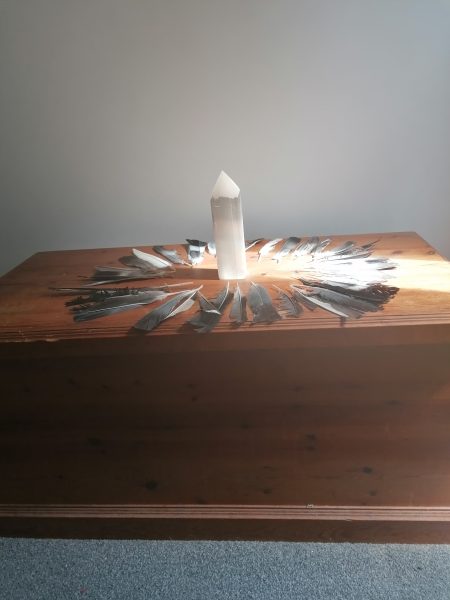 It means having to move my collection of angel feathers into the bedroom.

And lots of ladders.

Up the ladder to the roof. 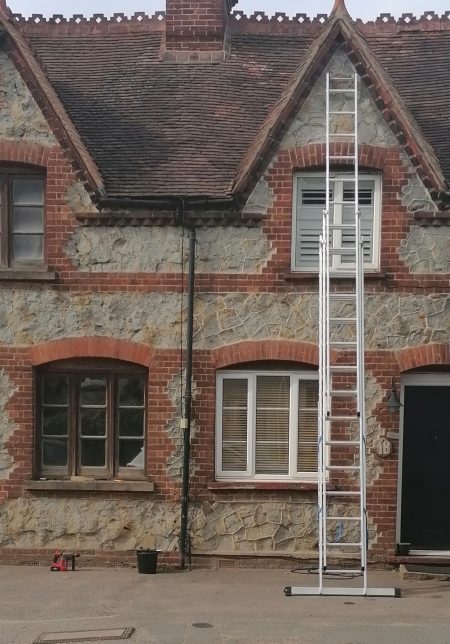 In the Changing Room.

Logic and proportion have left the building.

11 thoughts on “Up The Ladder To The Roof”