I sense this article is going to be a bit of a curate’s egg. And probably won’t make a lot of sense apart from knowing that somewhere down the line it’s all connected and we are deeply connected to whatever exactly is going on and has gone on.

Firstly weird pic of the day.

‘The Nephilim (/ˈnɛfɪˌlɪm/; Hebrew: נְפִילִים‎) are mysterious beings or people mentioned in the Hebrew Bible. They are large and strong; the word Nephilim is loosely translated as giants in some Bibles but left untranslated in others. Some traditional Jewish explanations interpret them as fallen angels. The main reference to them is in Genesis, but the passage is ambiguous and the identity of the Nephilim is disputed.

According to Numbers 13:33, they later inhabited Canaan at the time of the Israelite conquest of Canaan.

A similar or identical biblical Hebrew term, read as “Nephilim” by some scholars, or as the word “fallen” by others, appears in Ezekiel 32:27’

Here I am as a page boy at my cousin’s wedding probably in about 1965. Jiggery pokery. When you realise things are seriously wrong. I knew that anyway but more confirmation.

And the Summer of 69 appears very important in keeping the 3D reality going. A fixed point in time maybe as Dr Who would say. 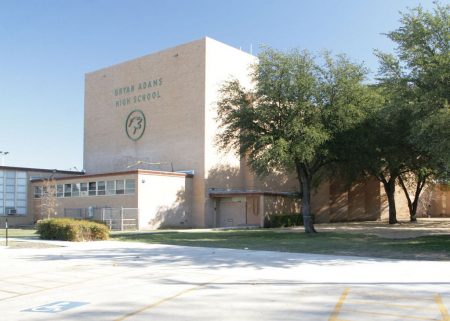 The Summer of 69 revolved around the Moon Landing and also the Manson murders and following dotty they are very connected it would seem and takes in Ritual Abuse, Scientology and Time and mind control and murder and alternate realities and god knows what else.

People in Hollywood seem to know. Over the weekend Frankie and Jenny went to Hollywood and we watched ‘Once Upon A Time In Hollyood’ which was centred on the Manson murders but gives an alternate version of history. And normal weird stuff.

And Mr Kubrick. The Shining is saying something. Much has been made of the connection with the Moon Landing and whether or not Stanley Kubrick directed a fake moon landing.

I’m not too sure whether anyone else has picked up on this but it also seems connected with Manson via Joel Pugh who was an ex boyfriend of Sandra Good who was one of Manson’s flower girls.

Joel Pugh was found dead at the Talgarth Hotel in Kensington London on 1st December 1969. The inquest decided ‘Suicide – case closed’ but there have always been doubts. 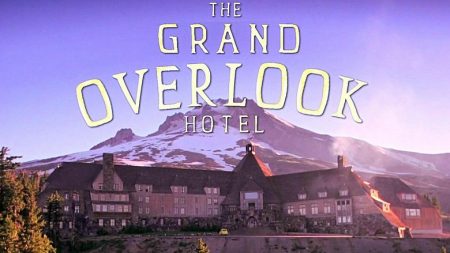 Why does this link with The Shining and Kubrick ? 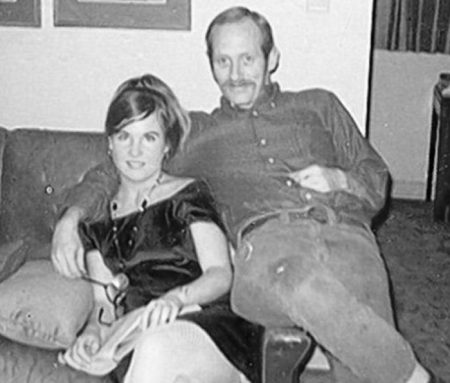 ‘In spite of his enforced isolation, Joel would always keep his door unlocked and would wile away the hours playing guitar and reading. His most consistent visitor during those days was the seven-year-old son of the manager, who’d occasionally pop by. The young boy evidently enjoyed Joel’s company, especially as Joel shared his beloved comic book stories with him. He also showed the little boy backwards writing; a process that Joel himself found fascinating. Much to the child’s delight, Joel would reflect whatever was written in the mirror to make it legible, scribbling jokes and fragments of nursery rhymes. Meanwhile, his fascination with comic books would start to overwhelm Joel, and alone for so many hours of the day, he felt that he was being sucked into their fantastical tales.’ 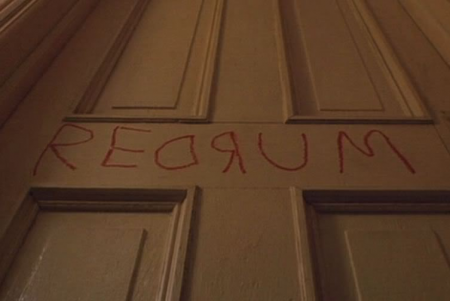 Recently I have written about my memories of being involved in some sort of MK Ultra mind control psychic ability programme in a British military underground base in Corsham Wilts dubbed ‘England’s Area 51’. Click Hidden Things.

And in the USA, there is Montauk. I won’t go over the Montauk allegations again but here is a link if you don’t know the story.

“With all of these children their memories were wiped, their genetics were altered and they couldn’t always remember what happened. It would be in the form of nightmares or flashbacks.’

As per normal, these allegations have been debunked but one of the things that hasn’t been explained is The Acid Room at Montauk. 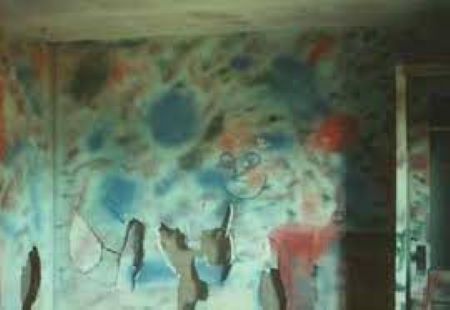 The Acid Room murals seems very similar to murals at Corsham. I’m not exactly sure what the purpose would be but some sort of mind programming I would think. Click Inexpensive Progress. 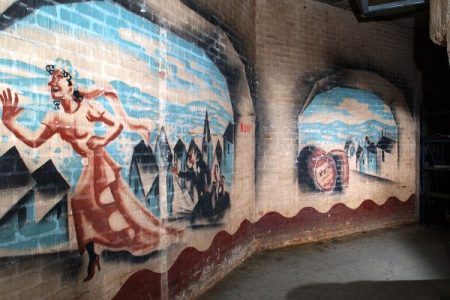 And Montauk comes back to The Shining and Stanley Kubrick. In the movie a big point was made that the Overlook Hotel was built over Native American land.

The Montaukett are a Lost Tribe and the Montauk base was built on their land.

‘The Montaukett, (“Metoac”]) or Montauk native american people are an Algonquian-speaking Native American culture from the eastern end of Long Island, New York. Historically, they are related in language and ethnicity to the Pequot and Narragansett peoples who live across Long Island Sound in what is now Connecticut and Rhode Island, and they were initially speakers of the “N” dialect of Algonquin language until about 1600 when they moved to the “Y” dialect. Relics and ruins of their settlements are visible at Theodore Roosevelt County Park, on the edge of the village of Montauk, New York. While descendants of this tribe still live among the neighboring tribes in the region, the Montaukett are not a New York State recognized tribe yet (though efforts towards recognition are being made).’

From the Mammoth Book Of Cover Ups :

‘Strangely enough it is other less direct occurrences which unsettle the obvious dismissal of the myth of Montauk. TWA Flight 800, SwissAir 111 and Egyptair 990 all crashed inexplicably in the sea of Montauk Point. It is also close to the scene of the light airplane crash that killed John f Kennedy Jr, his wife and a friend.

The real owners of the site, the Montauk tribe deemed to be extinct by the US government even though they have campaigned for their land to be returned to them believe the place is sacred and hold a tribal memory of a stone pyramid that once existed there’.

We’ve been down in the cells but the doors are opening I believe.