The West Wind moved for me.

Today was 3/3 2020. I had an out patient appointment at the hospital to check how my humerus fracture was healing. Again, it seemed another example that our experiences in our outer reality are a manifestation of what our consciousness is really doing. Welcome to the Mirror Verse.

Before I left for the hospital I was pondering the connection with 3/3 and the Trinity nuclear New Mexico test on the 33rd Parallel.

I went to the Fractures Clinic Dept at the hospital and was told go to the X Ray Outpatient Dept and as I entered the X Ray Dept, I looked ahead of me and there was a sign for the Nuclear Medicine Department.

After a while me and a few others were called to the Nuclear Medicine Dept where the X Rays are done.

Whilst I was waiting I checked the signs on the board.

And Cornwall is the radon capital of the UK.

And then shortly after a young woman wearing a face mask, and coughing and perspiring plonked herself down a few chairs away from where I was sitting. 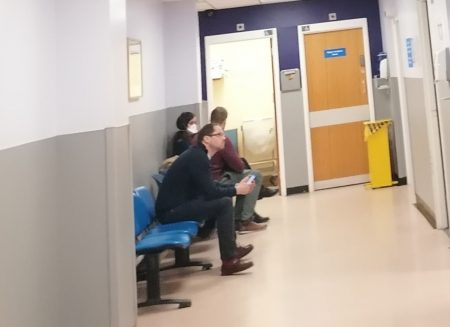 Soon afterwards I was called for my X Ray which went smoothly and after I had run the gauntlet of the Nuclear Medicine Dept and the Coronavirus I then returned to the Fractures Clinic where I was due to see the doctor – Mr Jah Angry.

In truth, he was the opposite of an angry god and did what he had to in a very professional and courteous manner. And he made my day when he said the X Ray looks fine and the fracture was healing well.

And also allowed me to take a pic of the X Ray. Take that TSA. The metal contraption was called the Kit and the bits sticking out are the pins. 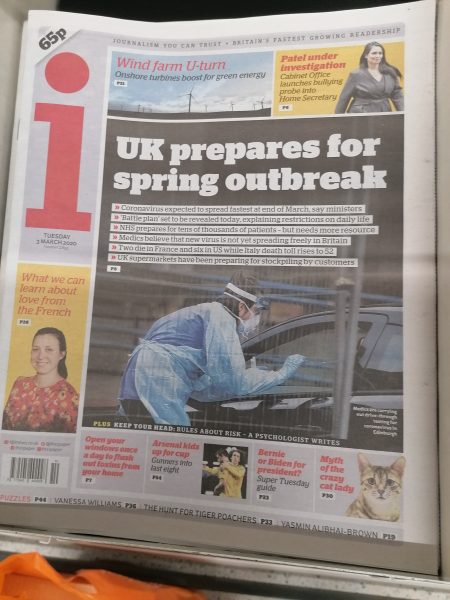