We are deeply concerned.

Maybe Ripples can come back.

“You couldn’t have it if you did want it,” the queen said. “The rule is, jam tomorrow and jam yesterday—but never jam today.”

“It must come sometimes to ‘jam today,’ ” Alice objected.

“That’s the effect of living backward,” the queen said kindly. “It always makes one a little giddy at first—”

“Living backward!” Alice repeated in great astonishment. “I never heard of such a thing!”

“—but there’s one great advantage in it: that one’s memory works both ways.”

“I’m sure mine only works one way,” Alice remarked. “I can’t remember things before they happen.”

“It’s a poor sort of memory that only works backward,” the queen remarked.

“What sort of things do you remember best?” Alice ventured to ask.

“Oh, things that happened the week after next,” the queen replied in a careless tone.

I’m experiencing six impossible things before breakfast every day. For Christmas I received a cool present – wireless airbuds – which allow me to listen to music wirelessly. A side effect I have received from them, apart from the airbuds dropping out of my ear and ear wax problems, is they trigger memories of the Dr Who episode ‘Rise of the Cybermen’ where the Cybermen attempt to ‘upgrade’ humanity by placing brains into metal exo skeletons. Opening the box normally leads somewhere odd. They are very good though as long as I keep still. 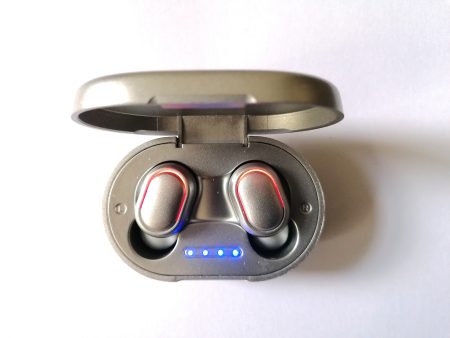 Scrambled possible past memories and future memories ain’t what they used to be.