Following on from my visit to the hospital and discharge from the Fractures clinic, I had to make another visit the next day. This time it was to check my bone density. The idea is that if you break a bone after a certain age it maybe because of osteoporosis. And Get Naked. At my X Ray the previous day I was asked to remove both my Texas hoodie and T shirt so I ended up bare chested.

First I had a scan at the Dexa dept and this time I was told to take off my jeans. The female nurse said the buckle on my belt for my jeans may interfere with the machine and told me to lower my jeans. And then after the scan I made my way to the Bone dept and I then had an insane conversation about the density of my bone. To cut a long story short the Doctor said she was happy with my bone density.

To be honest, even though I can see the underlying joke, I’m also relieved I don’t have to go back to East Surrey Hospital and left in light hearted mood. But that didn’t last very long as I found myself on yet another trip. I see these journeys as trips into the subconscious and a ‘Reflection of Reality’ and hope this may make sense of people’s peculiar journeys from time to time. This time into Madness. Opposite East Surrey Hospital are the grounds of the old Royal Earlswood hospital. This is an old asylum which has been converted into expensive housing.

What initially caught my attention was the white tree in the distance and I wandered over to take a closer look at the tree but also read the Royal Earlswood Park sign. 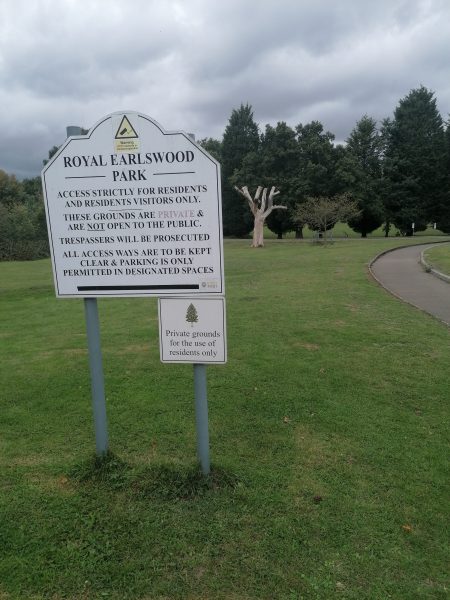 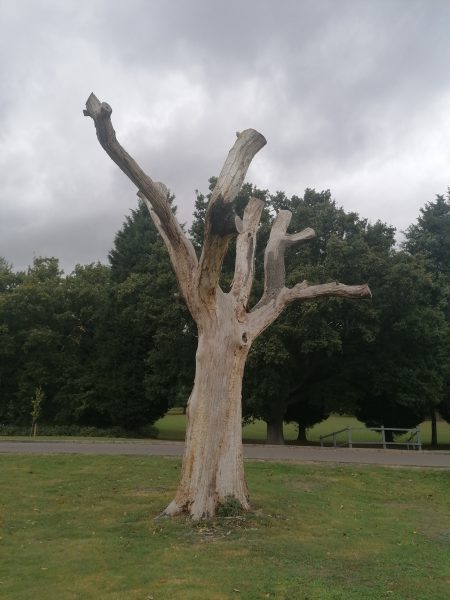 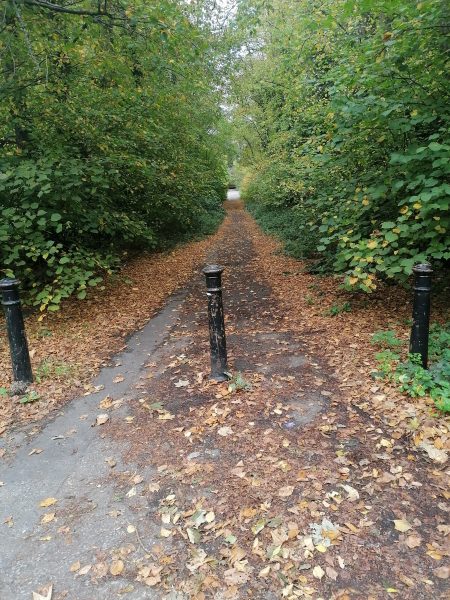 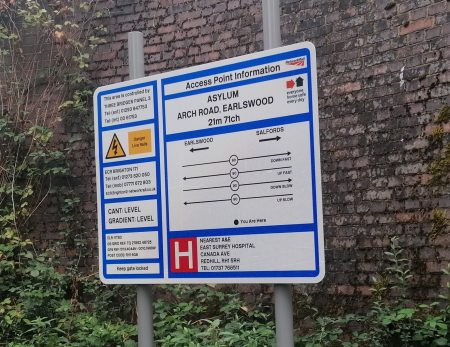 And another tunnel. Can’t resist a tunnel either. 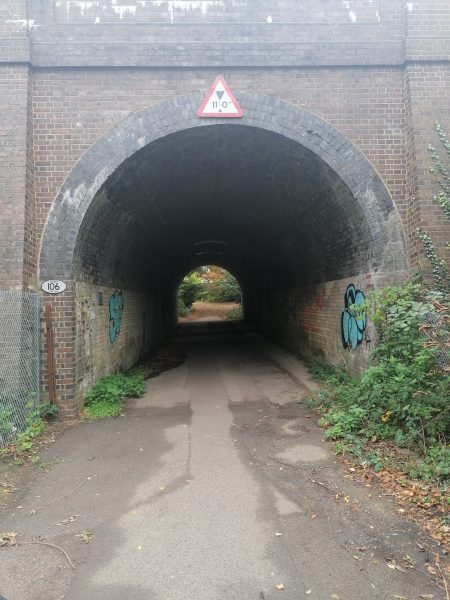 And the Writing is on the Walls of the World. 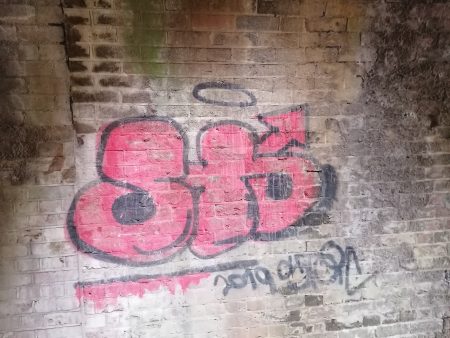 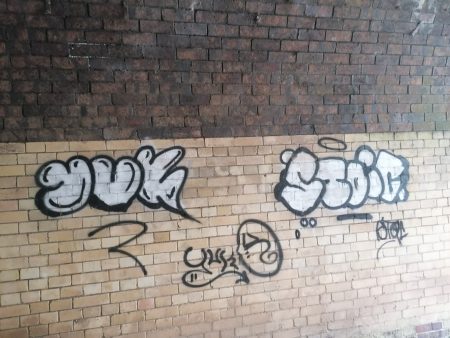 After the tunnel I found myself going down another pathway and then I looked up and through the trees I could see some of the building from the old hospital. I popped up a small slope and walked into someone’s garden but took a pic of the old Royal Earlswood Hospital first before scarpering in case someone asked what I was up to. 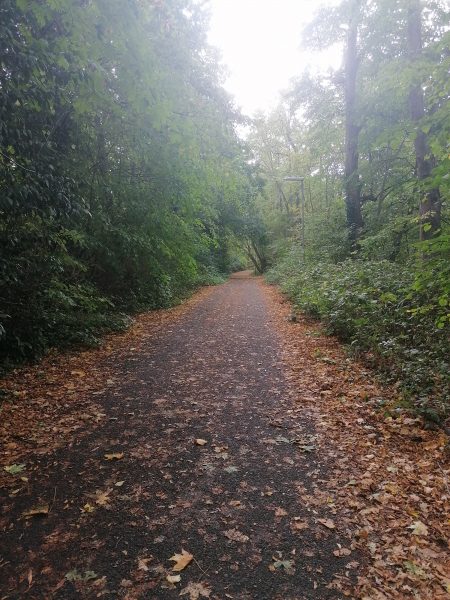 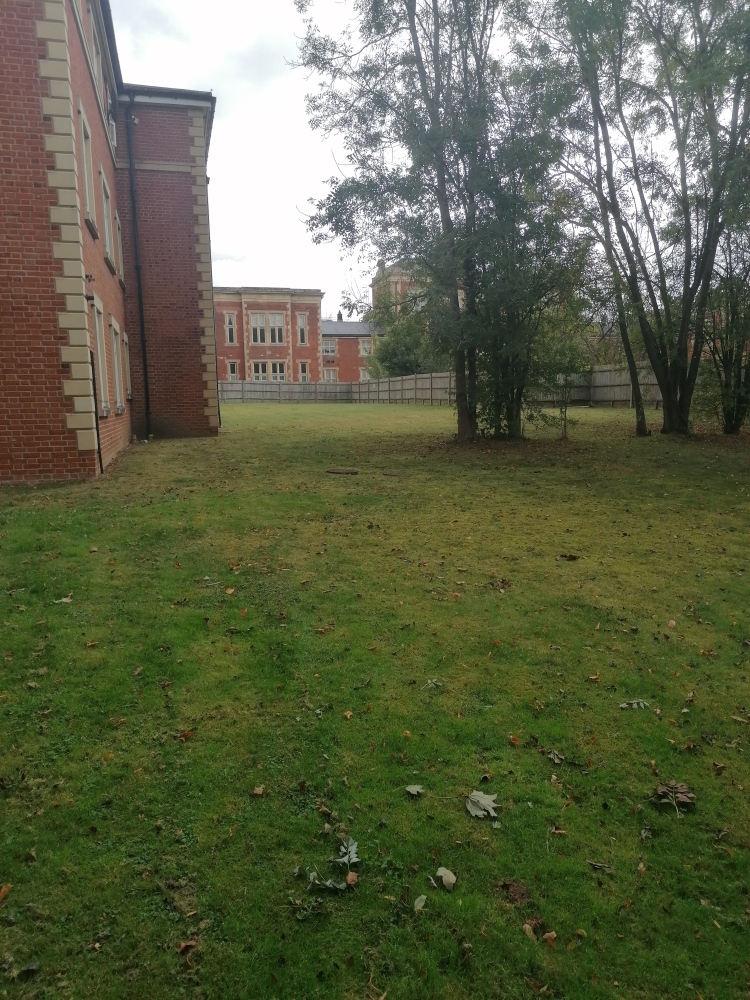 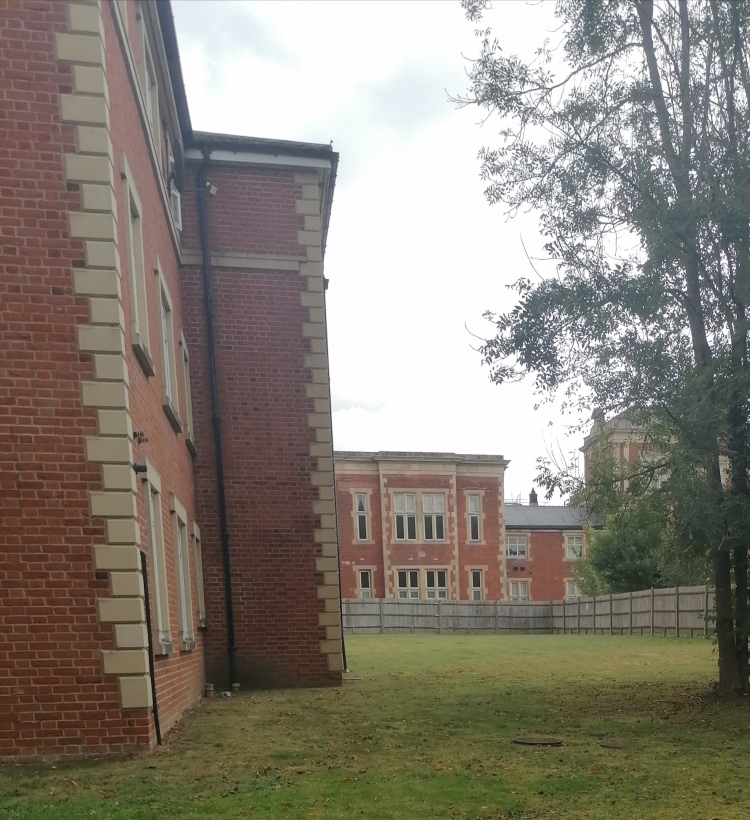 Madness, Crazy and Insanity is a theme that keeps repeating and is in the mix. The Shining seemed to be making a point with Jack Torrance and also movies like Shutter Island and Girl Interrupted and One Flew Over The Cuckoo’s Nest are worth watching. And in the area where I live I think there were five big asylums within a five mile area before they were closed so it’s something that has always been there in the background for me.

However the Royal Earlswood Hospital adds another angle. It was the hospital where the British Queen Mother’s family had incarcerated the Queen’s first cousins. 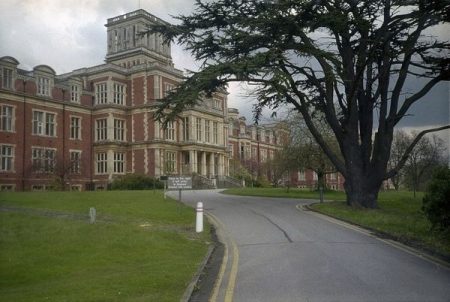 ‘The date was 29 July, 1981, Prince Charles and Lady Di’s wedding day, and as the Queen arrived at St Paul’s Cathedral and waved to the crowds, two women in late middle-age, in shapeless, baggy dresses, shuffled with clumsy gait up to the television and waved and saluted back to her, unable to articulate speech but making excited noises.

It was a poignant moment, recalls Onelle Braithwaite, one of the nurses who cared for them. ‘I remember pondering with my colleague how, if things had been different, they would surely have been guests at the wedding.’

The two women were Nerissa and Katherine Bowes-Lyon – nieces of the Queen Mother and first cousins to the Queen – who had been incarcerated since 1941 in the Royal Earlswood Asylum for Mental Defectives, at Redhill in Surrey. Katherine Bowes-Lyon was placed in the hospital, in Asylum Arch Road, Earlswood Common, along with her sister Nerissa and three of their cousins – Idonea, Ethelreda and Rosemary Fane – during the Second World War. ‘

Reading the story and looking at the different pics of Elizabeth and Margaret and Nerissa and Katherine, my mind turned to ‘There’s More Than One Of Everything’ and Two Rivers and that maybe one of the rivers has been shut down and we only occasionally get glimpses into its existence. And the hidden river maybe the real river.

‘Somewhere down the crazy river.’

The ‘Lost Girls’ is another repeat pattern that keeps showing itself. And Katherine and Nerissa Bowes Lyon manage to combine The Lost Girls and Girl Interrupted neatly. 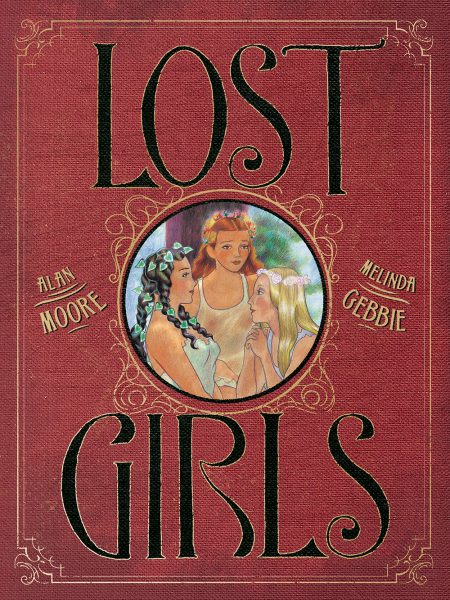 And ‘Out Of Nowhere’ glitches. After visiting the Madhouse I discovered that a few things had changed. I think this probably happens all the time and it’s whether you notice it or not.

On Tuesday and Wednesday I had walked along the pavement to East Surrey hospital but on the way back I found that a wicker sofa had materialised on the pavement. 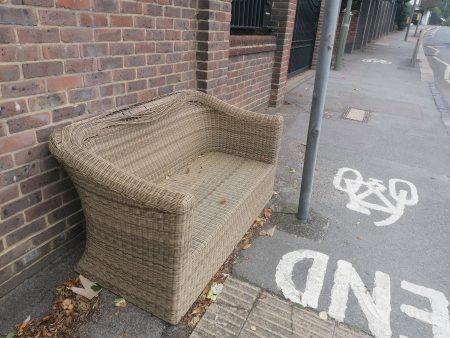 And a bit further along a drinking fountain had appeared where before it was just a grassy area. God only knows how many times I’ve walked past the area. 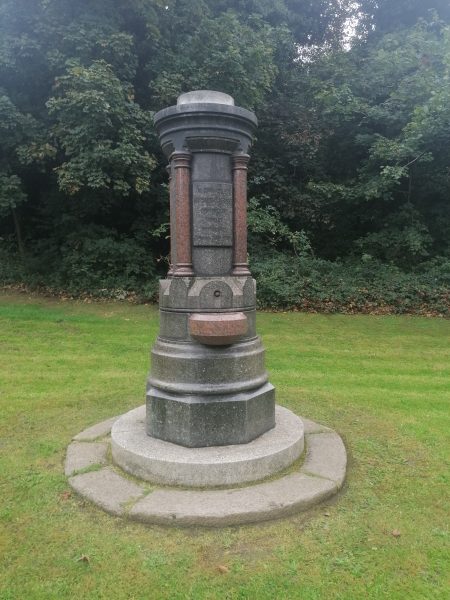 In Memoriam. Here is a pic of the Reigate and Redhill war memorial. It has changed just like that. If my memory is correct I think the statue was previously of two soldiers. 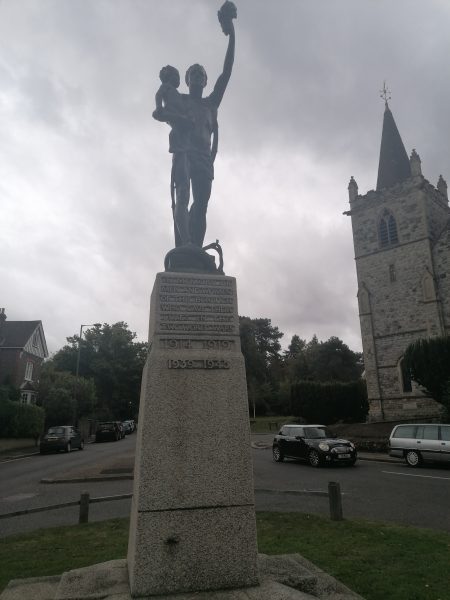 And ‘There’s More Than One Of Everything’. Interesting phrasing .

‘Who gave their lives in the Two World wars’. 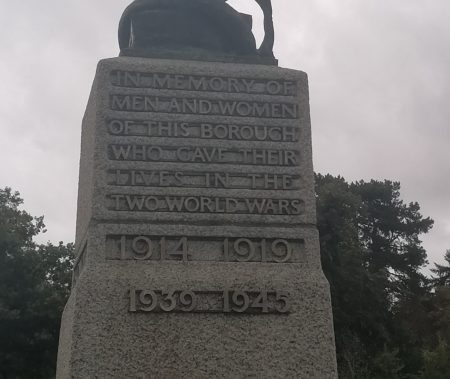 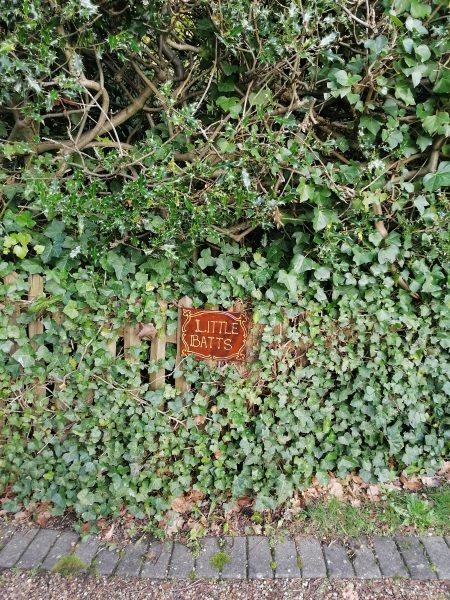 146 thoughts on “Still Crazy After All These Years”